Pit-latrine construction in Uganda remains a stressful challenge to households. In most cases it is not considered as a priority. In other instance, where governments intervene to enforce with a strong stand on pit-latrine construction, cultural beliefs have taken an upper hand forcing the structures to been abandoned for open bush defecation and urination hence increased diseases

Let’s draw our focus on what a traditional pit-latrine is in our communities, describing it from top to bottom. The roof is thatched with elephant grass, reeds or shanty tin roofs. Normally when the thatch is washed away either by rain or wind it’s never replaced. It will turn into an “open roof”. There are implications here; it becomes both seasonal and optional to use during the rainy season. The floor becomes muddy as a result of the direct downpour. Dignity, privacy and self–esteem are denied to both male and female

The structure is commonly made of mud and wattle. In most cases the wall is not more than three feet. This implies that the tall user has to “bend over”. Its highly rare to find any form of ventilation like a window. Over time due to wear and tear, particles of mud fall off leaving gaps in the structure. The same denials as above are triggered off.. The door of late is a polythene bag and the biggest challenge of this “door “is its highly susceptible to wind and the associated effects when in use.

The floor is unimproved, no slab. Pieces of timber are laid out to form the foundation upon which mud is covered. The pit-hole is normally denied a cover. This floor structure has often collapsed over time either due to wear and tear, rotting or eaten away by termites. This forces the user to seek solace elsewhere, which is Open defecation.

Finally, the pit is often very shallow, filling up is rapid, it’s a disgusting and horrible to use. Maggots and coachroches have a “free visa “out of the pit. Disinfection is rarely done. Since these pits are not lined, emptying is next to impossible. Once full its condemned and abandoned. This is a traditional pit-latrine. What’s your view? 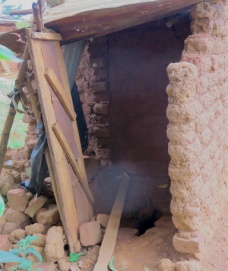 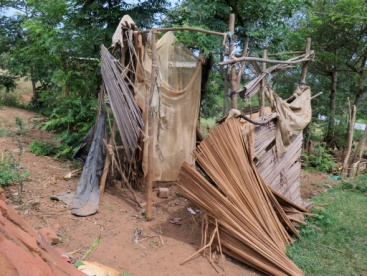